If your brand new shock absorbers are going bad repeatedly soon after installation, overlooking this minor detail is the most likely problem.  This information applies to all 150cc Buggy, Kart, Scooter, and ATVs.

Notice something wrong with the shock absorber in the picture?  Other than the bent shaft itself, you’ll see that the inner bushings on both ends are missing.  This tells the story.

Tightening fasteners to their rated spec is second nature for most of us, especially anyone with mechanical experience.  But tightening shock bolts to “spec” will destroy shocks on these machines.  I’ll explain:

With the M10 8.8 bolts that are typically used from the factory, full standard torque rating of the bolt itself is around 35ft/lbs.   If you tighten the shock bolts to even a fraction of that, your shocks will become locked into a bind, and won’t be able to pivot on the bolts.

The way these shocks are designed to work is with a snug, but un-tightened bolt tension.

How does that cause a bent shaft? 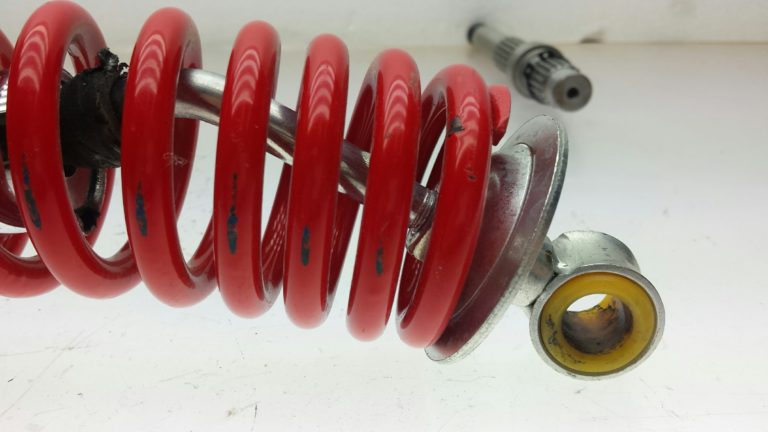 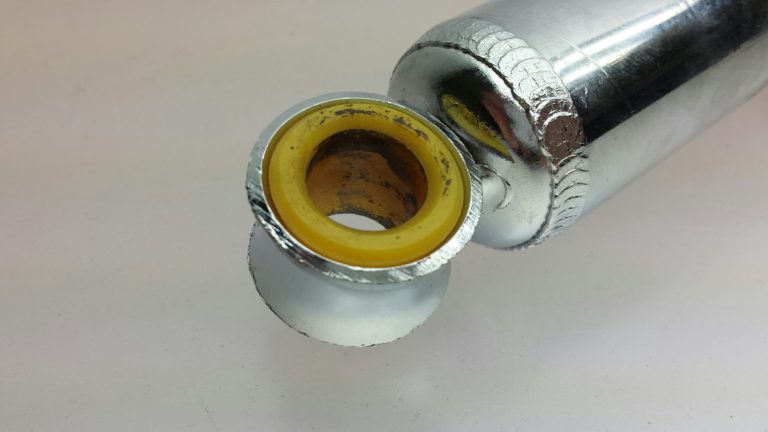 Note the galling on the surface of the plastic.  This is not a bearing surface.  On a properly installed shock, there shouldn’t be any movement here at all.  Both bushing on this shock separated due to the inner metal portion being unable to pivot on the tightened bolt.

While riding, the plastic and metal portions of the bushing are supposed to remain joined together like this: 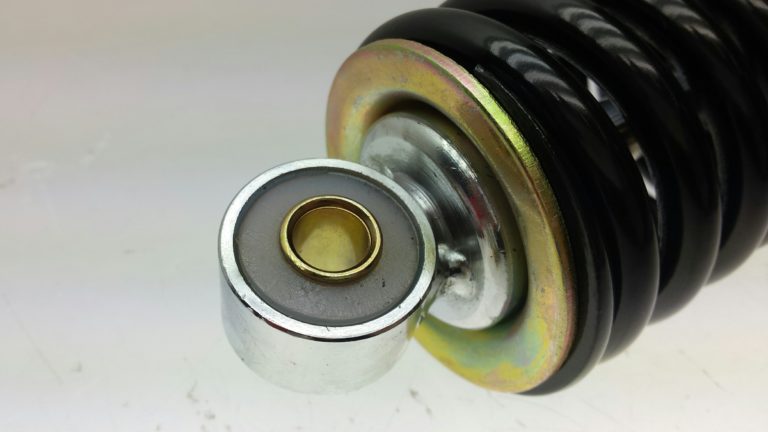 So what is proper bolt tension?

First, let me show you the right bolts.  This is a Yerf Dog GX150, but other models have the same bolts in roughly the same places.

If you’re looking for an official torque spec from the manufacturer, you won’t find it.  The process is somewhat subjective, and I recommend that you to check your service manual for the full details on your specific vehicle.  But here is the general method I use:

When installing new shocks, the goal is to tighten them just enough that there is no play or chattering in the suspension over bumps.  But not so much that it adds any noticeable resistance to the shock’s pivot points.

After adjusting the tension on each bolt, bounce the suspension by hand.  Do you feel resistance?  It’s too tight.  Or if you hear clicking at the bolt/shock, it’s too loose.

Note: The bolts are secured with a nylock or similar locking nut from the factory.  Be sure to do the same.

Is this a common problem?

I ran into this first about 13 years ago.  After installing new shocks, I bounced on the front suspension and found that it was locked solid.  After loosening the bolts, the suspension worked as expected.   I don’t hear about this often from the community, so I believe most people go through a similar process and catch the mistake before riding as I did.

A recent situation highlighted this issue, and I felt it best to write a dedicated article to get the word out so you can avoid this: 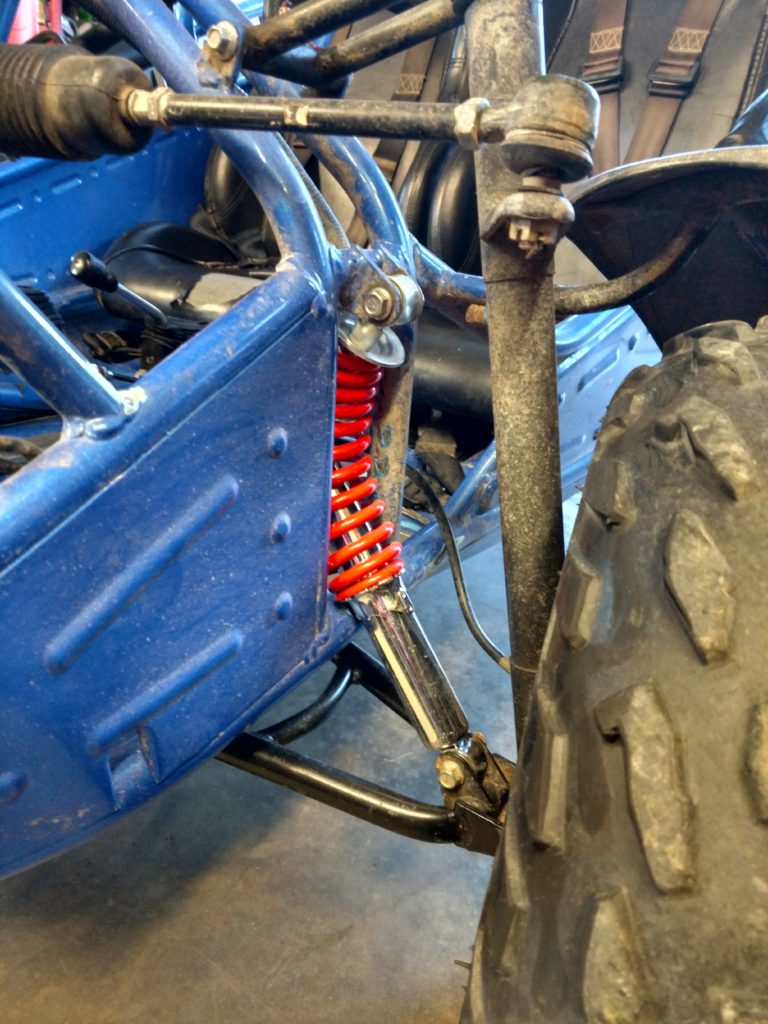