Yerf-Dog made several design changes to the front-end of the 150cc Go-Kart series. Not all generations of Spindle and A-Arms work together.

Take a glance at the picture above.  Notice how the spindle on the left has the ball joints mounted at an angle?  This is referred to the uneven setup. The upper A-Arms are shorter than the lower arms. This setup doesn’t work as well as the 3rd generation, so if you are looking to buy new A-Arms as well as spindles, it’s usually best to convert to 3rd gen.  Conversion only requires A-Arms and Spindles, everything else bolts in the same.

1st/2nd Spindles: “My spindles are bent”

The problem many owners reported with both first and second gen setups was severe bending of the spindle body.  This leads to bad camber and then an unridable cart.  Yerf Dog’s answer to this was the Third Generation. 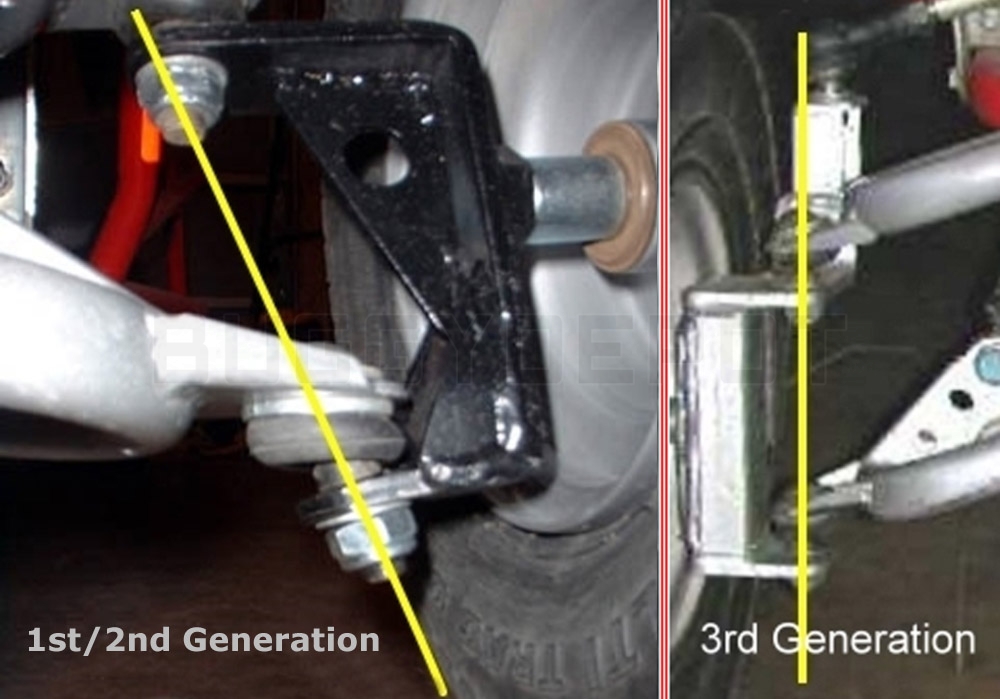 The later generation spindles are referred to as the even setup because all four A-Arms are exactly the same length. This allows better articulation of the front suspension and eliminates the strange steering geometry of the first/second generation setup.

The 3rd gen setup came with it’s share of reported problems.  The large front axle bolt that holds the wheel has been known to rip out of the spindle housing, causing in some cases the wheel to break away from the kart completely and run down the trail on its own.

We believed the issue to be due to the bolt being welded to the outside of the spindle housing.  Although the bending issue was solved, the weakest link appears to have shifted to this area.

During this time (before we called ourselves Buggy Depot) we started offering Heavy Duty versions of the spindles with Grade 8 spindle bolts, drilled all the way through the spindle body to address the bolt breaking issue.  Our version of the spindle worked to great success.

During their final production year in 2005, Yerf Dog started producing the 4th and final official version of their front setup.  It appears their engineers took note of our design, because their last version featured spindle bolts drilled through the spindle body.  They used a hardened axle shaft just like ours as well. However, the downfall of their design from a rider’s perspective is the spacer that Yerf Dog permanently welded onto each of their 4th generation spindles. This spacer caused a limit on tire and rim sizes that could safely be mounted on the new spindles.  With only 3.5″ of usable spindle bolt, there just wasn’t enough space to get fit a set of trail tires on the front.  Old stock of these 4th generation can still be found on the web, but we don’t recommend picking up a set unless you never plan to upgrade to larger tires in the front. Our Heavy Duty version of 1,2,3,4 generation spindles address all of these issues.  No bending, breaking, or wheel limitations.

Look for the Lifetime Warranty

If you’re looking for replacement, you might want to head over to our Suspension Parts for Yerf Dog, we offer upgrades – many come with a Lifetime Warranty. 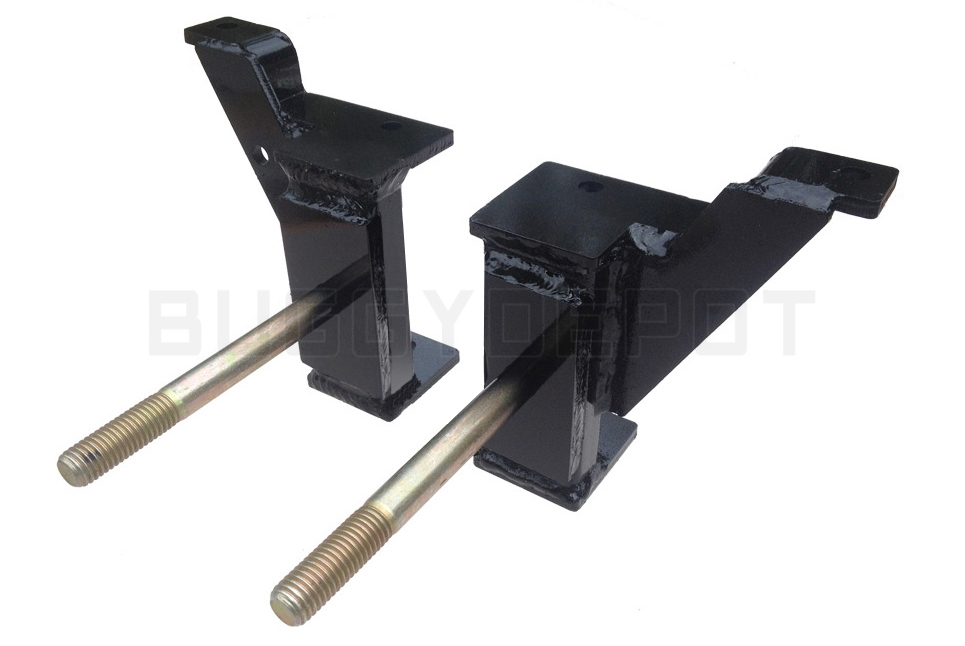 4 thoughts on “Which Yerf Dog Spindles do I have?”