If your carburetor is feeling a little congested, we have the remedy.

Before taking anything apart, be sure to drain the fuel from both the gas tank and the carburetor’s float bowl.  You’ll find the drain tube hanging off of the very bottom (driver’s side) of the carburetor.  Most 125cc – 150cc GY6 carburetors have a valve immediately next to the drain tube that can be opened with a flat-blade screwdriver.

Other setups have the valve at the tip of the drain tube. If your carburetor is aftermarket came from a lower-price source, you might not have a valve or tube at all.  Be careful opening the float bowl on one of those, as gas will spill if you’re not holding it upright. 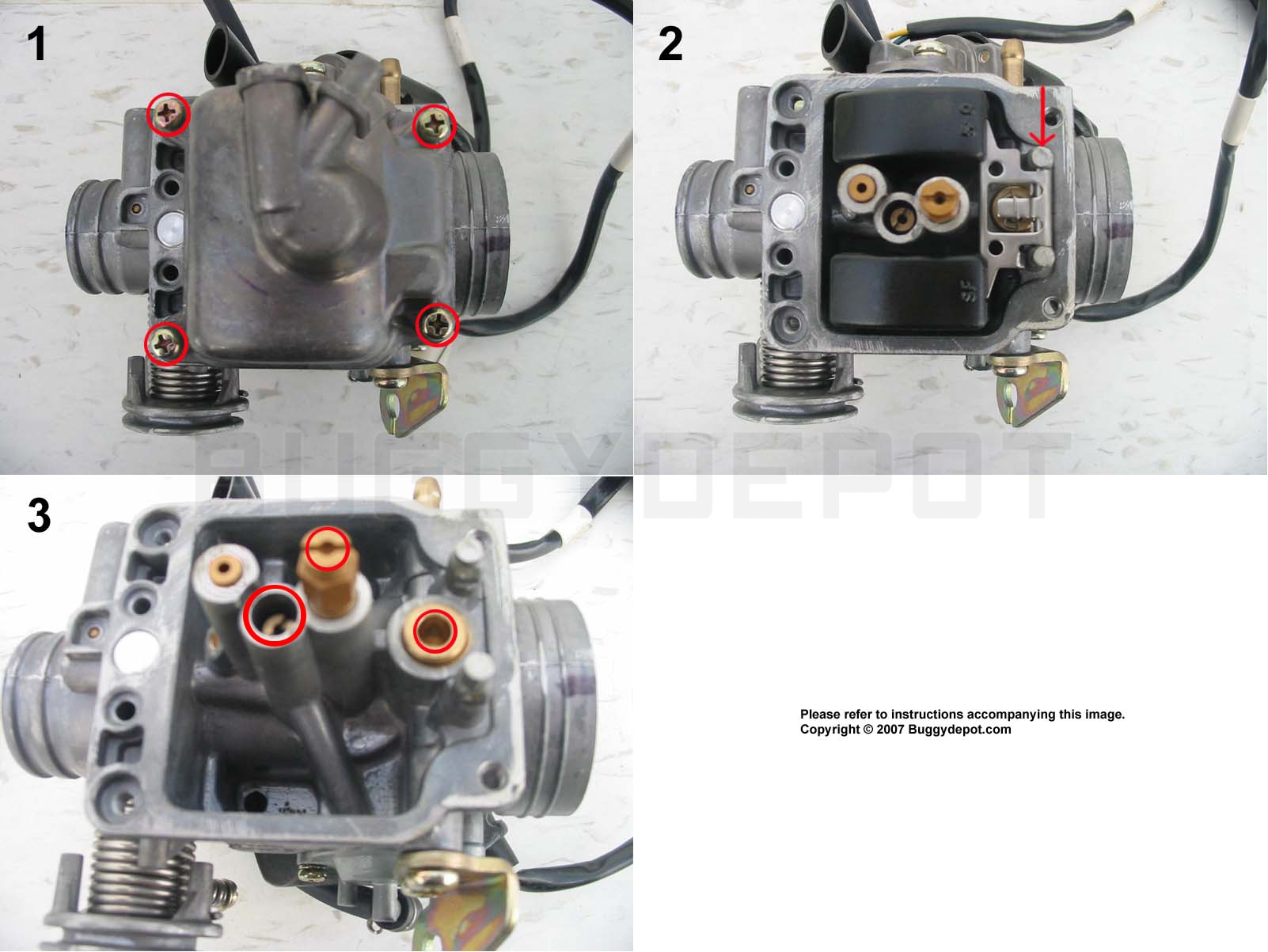 For carburetors that are severely gummed up we use compressed air @ 120psi to clean the passages. In some cases it may be necessary to let it soak overnight in carburetor dip.

Note: A little gas may spill out of the carburetor’s overflow tube when you flip it over to get to the float bowl.

Taking care of your GY6 Carburetor

The small pilot jet inside of these small carburetors tends to clog if you leave gas in the carburetor without riding for 2-3 weeks.   Many we talk to attribute this to ethanol content in the gasoline.

It’s a good idea to install a manual inline fuel shutoff valve between your tank and carburetor.  After each ride, turn off the fuel valve to and let the the engine idle off of the remaining fuel in the carburetor.  This should take around 2 minutes at idle.  This will empty the carburetor, without the mess or hassle of draining the entire fuel system.

If you have a 5-wire ignition switch (Blade, Kinroad, Twister Hammerhead, Carter Bros., etc), be sure to come back to the kart to turn your key back to the off position, or your battery could drain.  If your Kart has a 2-wire or 3-wire switches (e.g. Yerf Dog, Crossfire, etc) don’t have to worry about this.

If you have any questions or comments, use the form below this article to let us know!